The Sponsors that Back the Oldest Tennis Tournament in the World: Wimbledon 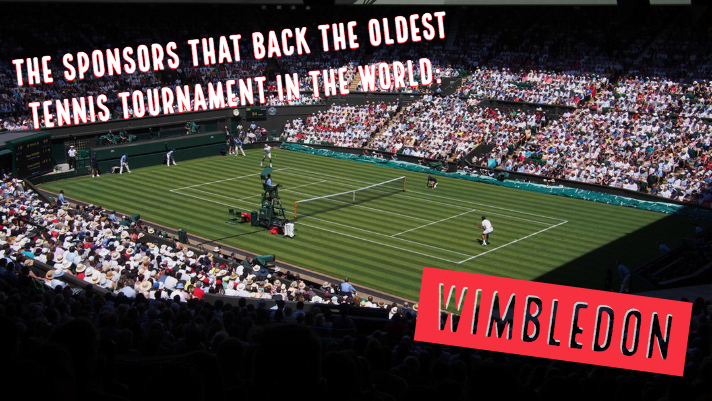 Wimbledon is one of tennis' Grand Slams, the sport's highest echelon of success. Each Grand Slam has it's own flavor: the blue courts in Australia, the bright spring colors at Roland-Garros (courtesy of the players), and the US Open's proximity to the year-end #1 ranking. Wimbledon is arguably the most prestigious of the four. As such, Wimbledon sponsorship is highly sought after, both in terms of players and the tournament itself. Wimbledon champions like Roger Federer, Serena Williams and Rafael Nadal provide an ideal platform for sponsors (in fact, Federer used Wimbledon this year to announce his newest partnership). Through the broadcasts, the tournament gets plenty of airtime. The multimedia coverage - well-known to be of the highest quality - on the Wimbledon website, the Official App, YouTube, Twitter and selected segments on Facebook allow sponsors to be a part of the digital platforms as well. A full list of Wimbledon partners is following (with designation and first year of partnership):

We'll discuss a few of these brands, and their Wimbledon sponsorship activations, in further detail below.

Polo Ralph Lauren was the first designer brand to sponsor Wimbledon and dress all Wimbledon on-court officials, joining the tournament in 2006. The classic uniforms seen on TV screens around the world can be bought at its stores, online, and the centre court shop on the Wimbledon grounds.

Wimbledon 2018 was the celebration of the 13th year of partnership between the two. Kicking off this year's two-week tournament, Ralph Lauren created a special capsule collection activation. The collection was designed from the culture and legacy of Wimbledon. The color palette of the clothing appropriately fits the tournaments colors, green, purple and white. The sporty collection also featured the iconic Polo bear. The activation was quite unique and fans were able to enjoy it throughout the duration of Wimbledon. It consisted of a double decker bus from the Sixties that drove up and down the famous Wimbledon Queue in Wimbledon Park. When fans and spectators entered on the bus, they all had the chance to create their own polo shirt. This activation was very successful for Ralph Lauren because the brand gave the public the ultimate Wimbledon souvenir. In 2015, Jaguar Land Rover became the official car supplier to All England Lawn Tennis Club and the Championships at Wimbledon. During Wimbledon, Jaguar provides vehicles for the competitors and VIP guests. These luxury vehicles are recognized globally making this a perfect sponsorship for the international sport.

During Wimbledon, Jaguar gives fans the ultimate virtual reality experience. During Wimbledon 2016, Jaguar activated their “Feel Wimbledon 360° Experience”. Jaguar tooks fans and spectators closer than ever to the heightened emotions that make The Championships so extraordinary. People globally could experience this online as well, by downloading the YouTube app. The #FeelWimbledon campaign was narrated by Champion and Jaguar ambassador, Andy Murray. The experience as a whole took Jaguar and Mindshare an estimated 9,000 man hours developing the experience that features the All England Club populated with over 14,000 characters.

This year at Wimbledon, Jaguar launched their newest campaign “Show Your Edge”. The series allows fans to explore the psychological insights driving Britain’s leading tennis stars. These stars include Andy Murray, Kyle Edmund and Johanna Konta. In each of their campaign videos, they speak openly and honestly about the physical and emotional suffering that comes with playing tennis at the professional level.

Exclusive Wimbledon packaging has become one of the go-to options for consumer product brands sponsoring Wimbledon. Both Stella Artois and Lanson Champagne have given the tactic a whirl - in our opinion, the Stella packaging beats out Lanson's look, but there are definitely opportunities to improve.

These brands have also tried activations: in 2017, Stella hosted a "Vantage Point" event in central London and in Liverpool during the tournament. The multi-day event featured screenings of the matches (with on-site color commentary), a few twists on traditional Wimbledon hors d'oeuvres, prizes, and a concierge service. Over the past year, Lanson hosted 133 activations around the UK in the lead up to the tournament. These activations featured the brand's new Green Label Brut Organic, and the brand chose to unveil (and feature) a tournament-exclusive label onsite for its Green Label Brut Organic Cuvée.

Häagen-Dazs used its Chämpion vs. Challenger campaign to feature two of its flavors. Chäampion, fittingly, was represented by a flavor in line with Wimbledon tradition - Strawberries & Cream. Challenger branding went to Cookies & Cream - a perfect fit for brand ambassador (and perennial challenger) Grigor Dimitrov. Speciality advertising, packaging, and social media content were all parts of the campaign to promote Häagen-Dazs' three-year tie to the tournament.

Wimbledon is all about traditions but this year, me and @haagendazsuk want to introduce a new one. Move over #teamstrawberries...it’s time for a new challenger… my favourite Haagen-Dazs Cookies and Cream. Let’s do this #teamcookies #haagendazs #letsplay #Wimbledon

Do you think it was successful?